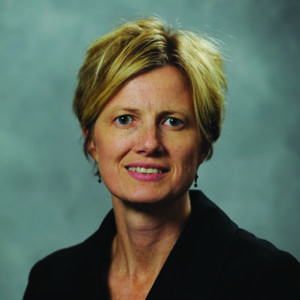 Michelle Kennedy joined the Predators in March 2008 as In-House Counsel. Kennedy, also a certified public accountant (CPA), accepted the additional charge of Chief Financial Officer for the Predators and Powers Management in 2010 while continuing to serve as the organization’s General Counsel. In 2017, Kennedy was named the organization’s Chief Operating Officer. Kennedy serves as the organization’s primary contact with the ownership group regarding governance and corporate compliance matters, in addition to overseeing all legal, finance, information technology and human resources matters and the Nashville Predators Foundation.

Kennedy is proud of and grateful for all of SMASHVILLE, the Loyal Legion and 7th Man for creating such an amazingly unique bond with the Preds. Without their support, we would not have been recognized as 2017 Arena of the Year by Pollstar magazine, IEBA, CMA and ACM. Our fan support solidified our spot as a 2017 Top Workplace with The Tennessean and as the No. 1 professional sports franchise by ESPN, and without the fans’ tireless dedication to this franchise and passion for all we aim to achieve, we would not be the organization we are today. Kennedy is proud to serve these incredible fans alongside our core leadership group to continue reaching our organization’s ONEGOAL. Kennedy is also passionate about the work of the Nashville Predators Foundation; she, as well as every player, coach and employee of this great organization embraces the commitment to give back to the community that has given so much to us over the years. Kennedy shares the organization’s belief that the work of the foundation is as integral to our organization as ice hockey and entertainment.

Kennedy began her career as an auditor at KPMG International, an advisory, audit and tax services company. After nearly five years in public accounting, she joined Vanderbilt University as an Associate Director of Athletics. For six years, she was responsible for oversight of the department’s business operations, including ticket operations, facilities, game and event management, as well as oversight of marketing and corporate sponsorship activities. Kennedy continued to work in a consultative capacity for Vanderbilt while attending law school.

In addition to being named to the Sports Business Journal’s “Game Changers Class of 2018,” Kennedy was also a finalist for Nashville Business Journal’s 2015 CFO of the Year and was featured in Nashville Lifestyles Magazine in the 2016 Top 10 “Women in Business” issue. She has been an adjunct professor at David Lipscomb University and is a former member of the board of Make-A-Wish of Middle Tennessee.