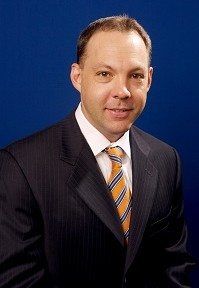 One of the architects of the competition structure of Major League Soccer, J. Todd Durbin oversees and manages the day-to-day operations of MLS' player department (inclusive of youth and player development) and on-field competition (inclusive of the disciplinary process) as the Executive Vice President of Competition and Player Relations. Entering his 22nd year with MLS in 2016, Durbin oversees all negotiation and administration of player contracts for the League. He also formulates and implements roster and budget guidelines, methods of player acquisition and trade procedures. Durbin manages the day-to-day relationship with the MLS Players Union. Durbin led the negotiations for the new five-year collective bargaining agreement signed prior to the 2015 MLS season. He helped forge the League's first collective bargaining agreement with the MLS Players Union in 2004. The single-entity structure of MLS centralizes all player contracts, thus making Durbin's role exceptional within the sports business industry. Since 1995, Durbin has personally signed more than 1,500 player contracts, and has negotiated high-profile agreements including those of Landon Donovan (LA Galaxy, 2005), Cuauhtmoc Blanco (Chicago Fire, 2007) and David Beckham's loan from LA Galaxy to A. C. Milan (2009). Durbin works with the U. S. Soccer Federation and the Canadian Soccer Association on player development initiatives and oversees the League's Generation adidas program for the top young players. He has forged relationships with national federations and clubs around the globe. In addition, he oversees the MLS youth development system that is unique among U. S. and Canadian pro leagues. Durbin joined Major League Soccer in 1995, a year before the League's inaugural game. He is a member of MLS' Technical Committee, MLS' Youth Development Committee, Co-Chair of the U. S. Open Cup Committee and he has previously served on the MLS Disciplinary Committee and the U. S. Soccer Appeals Committee. He is also a member of the FIFA Dispute Resolution Chamber, on the board of governors of the Professional Referees Organization (PRO) and manages and oversees the MLS Product Strategy Committee, which is composed of owners and creates and implements all policies and initiatives related to competition. Durbin attended Boston College where he graduated Magna Cum Laude with a degree in Economics in 1990. He received his J. D. at the University of Southern California Law School in 1994 and was admitted to the California Bar that same year.