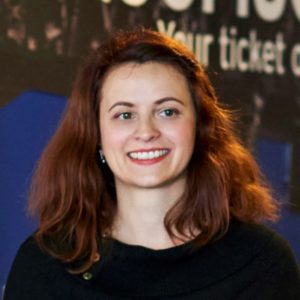 Giada loves having a large impact on people's everyday life, bringing together scientific rigor and technological creativity. After starting off her career as physicist, she moved toward data science and big data. Giada joined StubHub in 2015 and she leads the development of the new personalization engine with state of art machine learning algorithms. Giada received her PhD in astroparticle physics from University of Bologna in 2010.