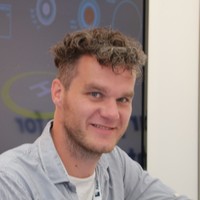 Folkert is a researcher and developer in artificial intelligence with an increased interest in high performance computing (GPGPU programming, CPU intrinsics, Kernel tweaking). For LeelaChessZero he worked mostly on the neural network code and trainingpipeline. To Folkert, the beauty of {Alpha,LeelaChess}Zero lies in its ability to learn from scratch without any human knowledge of the game. The way it plays so positionally (perhaps even human-like) is a direct result of its neural network that receives a visual representation of the game board from which it extracts the relevant features. No more heuristics, but a self taught neural brain.