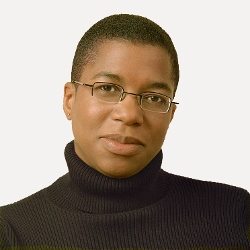 Science Evangelist Ainissa G. Ramirez, Ph. D. is a science evangelist who is passionate about getting the general public excited about science. She authored (with Allen St. John) Newton's Football: The Science Behind America's Game (Random House); and Save Our Science: How to Inspire a New Generation of Scientists (TED Books), which is based on her 2012 TED talk. Before taking on this call to improve the public understanding of science, she was a mechanical engineering professor at Yale University for ten years. She received her Ph. D. from Stanford University in materials science & engineering, and holds several patents, one of which was awarded the MIT Technology Review top 100 young innovators award. Her work has been profiled in The New York Times, CNN, NPR, and ESPN. She regularly blogs for The Huffington Post and Edutopia, and hosts two popular science video series called Material Marvels and Science Xplained. Ramirez is the founder and CEO of Science Underground-a science, technology, engineering, and math (STEM) education consulting firm based in NYC. She speaks worldwide about the importance of STEM, and serves as an advisor to The American Association for the Advancement of Science (AAAS). Currently, she is writing a popular science book on the science of materials.