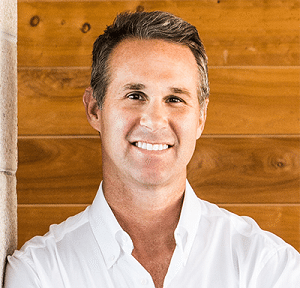 Scott Cutler leads StubHub, one of the world's largest destinations for connecting fans with the artists, athletes, musicians and performers they love. Scott joined StubHub in May 2015 with a belief in the transforming power of technology to create innovative and exciting experiences. He and the entire StubHub team advocate for fan choice and open access to events and experiences. At StubHub, Scott is responsible for the overall operations and growth of the company, as well as its international expansion. He leads a team of more than 800 people in the U. S. , Europe and China. In less than one year, Scott has leveraged his tremendous experience operating a technology-enabled marketplace at scale to drive significant change within the events industry by moving StubHub into new ticketing spaces, as official partner of Jennifer Lopez's "All I Have" residency in Las Vegas, and the launch of a first-of-its-kind marketplace that combines available primary and secondary ticket inventory together on StubHub in one seat map, with the Philadelphia 76ers as the inaugural partner. Scott joined StubHub after nine years as an Executive Vice President at the New York Stock Exchange, one of the world's largest financial marketplaces. During his tenure, he helped transform the NYSE to become the number one global exchange, was responsible for more than $1 trillion in capital raised, and helped take public some of the world's most iconic brands. Prior to his career at the NYSE, Scott spent several years in investment banking focused on the software and Internet industries. He started his career as a corporate securities lawyer. Scott has a BS degree in Economics from Brigham Young University and a Juris Doctor from the University of California, Hastings College of Law. He believes in giving back to the community and serves on the boards of several non-profit organizations, including Madison Square Boys and Girls Club and the Mental Health Association of New York City, and is a trustee on the National Advisory Committee for his alma mater, BYU. His professional and personal lives collide in a love of sports and the outdoors - he runs, skis, climbs, cycles, and surfs. He has completed more than a dozen marathons, crossed the Alps on skis, and ridden several stages of the Tour de France. He is an avid SF Giants fan. He has been married to his wife Melissa for almost 19 years and they have four kids. Follow @cutlerscott on Twitter or connect on LinkedIn .