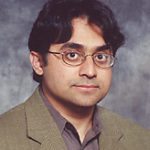 Sandeep Baliga is a Professor of Managerial Economics and Decision Sciences in the MEDS Department at the Kellogg School of Management, Northwestern University. Professor Baliga uses game theory and the theory of incentives to study fundamental issues in economics and political science. Professor Baliga read Economics at St. John's College, Cambridge University and received his PhD in Economics from Harvard University. He has been on sabbatical at the Institute of Advanced Study in Princeton, Boston University, MIT and, most recently, Harvard. He was a Fulbright Scholar and an invited Fellow at the Center for Advanced Studies in the Behavioral Sciences at Stanford University. He blogs at Cheap Talk and is the co-creater of Purple Pricing, an innovative auction method that is being used by Northwestern University to sell football and basketball tickets. He has started a consulting company with two partners to commercialize these ideas. In his spare time, Professor Baliga likes going to concerts and the theatre. But in practice he is fully employed driving his son to hockey games.