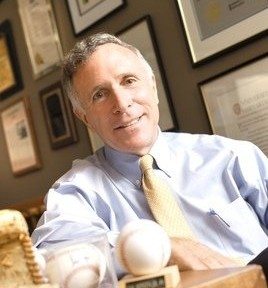 Expert Negotiator, Sports Agent, Corporate Attorney, Educator, Author, Civic Leader, and Founder of Shapiro Negotiations Institute (SNI) Ron Shapiro has developed his Negotiations philosophy on four decades of deal-making experience. He is best known as having represented more Major League Baseball Hall of Famers than any other agent, including Cal Ripken, Jr. , Kirby Puckett, Eddie Murray, Jim Palmer, and Brooks Robinson. USA Today called Ron "one of baseball's most respected agent-attorneys" as well as "an effective behind-the-scenes negotiator. " He was also named one of the "100 Most Powerful People in Sports" by The Sporting News and "Sports Law Lawyer of the Year" by Baltimore's Best Lawyers. Ron's Negotiation and Influencing techniques have resolved a national symphony orchestra strike, facilitated solutions to human relations problems, and reconciled disputes in government, corporate, and major biotechnology challenges. As Chairman of SNI, he has negotiated on behalf of Fortune 500 companies, government agencies, as well as entertainment and news personalities. A charismatic and dynamic individual, Ron has appeared as an Negotiation expert on ABC's "Good Morning America," CNBC's "Power Lunch," NPR's "Morning Edition," "The Larry King Show," ABC's "Nightline," and ESPN's "Mike and Mike in the Morning" and "Up Close. "Committed to public and civic matters, Ron has chaired over 25 boards of charitable and civic organizations, as well as serving on numerous others. He has received numerous special honors and recognitions for both his business and community contributions, including the American Sportscasters Association Hall of Fame Mel Allen Service Award for distinguished public service and Maryland Marketing Statesman of the Year.