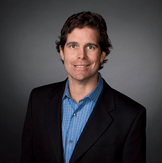 Vice President, Emerging Media, Turner Sports Peter Scott has been with Turner Broadcasting, an AOL Time Warner company since 1989. He first started in the Video Journalist program at CNN, becoming an editor and cameraman for CNN news. He traveled the world for six years covering wars in Bosnia, the US invasion of Haiti, Presidential campaigns, Earthquakes in Los Angeles and other worldly events. In 1996, Peter moved to Turner Sports where he became a Senior Production Manger of Remote Operations coordinating, logistics for the NBA, NFL, and MLB telecasts on TNT and TBS. In 2000, he moved to Los Angeles to become Senior Video Producer for Fox Sports. com. There he was responsible for producing and directing the first live college football game streamed over the Internet. In 2001 he returned to Turner, where he was Executive Interactive Producer of Content, Programming and Production for Turner Sports Interactive, where he managed the digital rights for NASCAR. com PGATOUR. com and PGA. com. In 2007 he became GM and Business Manager for PGA. com and PGATOUR. com. In 2008 became Executive Director of Digital Partnerships and was in charge of Turner's content and business relationship with Yahoo Sports and responsible for all new emerging technologies as it relates to the Turner Sports portfolio. Currently Pete is Vice President, Emerging Media with an expanded role of overseeing new technologies for NCAA and Sports Illustrated Digital. Peter graduated Boston University in 1989 is married to Beth Scott and have two girls, Liza 7, McLeod 4.