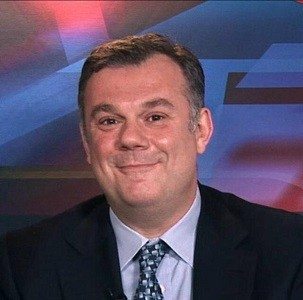 Gabriele Marcotti is a Senior Writer for ESPNFC. com and a regular contributer to the ESPNFC TV show. For the past twelve years he has been a columnist for The Times of London and he hosts and produces their popular podcast, "The Game". He is also the UK correspondent for the Italian newspaper Corriere dello Sport and the Glasgow Sunday Herald. His work has appeared in such publications as Sports Illustrated, The Wall Street Journal, The Daily Mail, the Financial Times and Monocle. He has been a regular contributor to BBC Radio 5Live and TalkSport and co-hosted 5Live's 606 show, Britain's biggest football phone-in. He is the author of three books: "Paolo Di Canio", "The Italian Job: A Journey to the Heart of Two Great Footballing Cultures" (in conjunction with Gianluca Vialli) and "Capello: Portrait of a Winner". He has covered four World Cups, three European Championships, an Olympiad and a Copa America, as well as 12 UEFA Champions' League finals. He was born in Milan, Italy but grew up all over the world: Chicago, Illinois, Warsaw, Poland, Frankfurt, Germany, New York, Tokyo, Japan, and London, England. He graduated from the University of Pennsylvania and earned a Master's from Columbia University's School of Journalism. He currently resides in London, England.