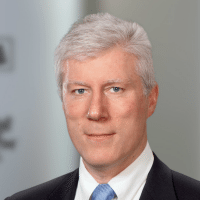 Chief Technology Officer, TaylorMade Golf Benoit Vincent graduated from the Master Level of the Institut of National des Sciences Appliquees, Lyon, France, in 1983; he earned his Ph. D. in Mechanics from the same university four years later. He began his engineering career conducting research on turbocharged airplane engines before joining TaylorMade in 1989. Vincent has helped spearhead the creation of numerous successes for TaylorMade including the new R1 driver, which can be adjusted 168 ways. Other historic products launched on his watch include the iconic white R11 driver; the RocketBallz 3-wood with speed slot, which was nearly a decade in the making before its 2012 release and provided golfers up to 17 additional yards; RocketBladez irons, which utilize speed pocket technology and are one of the major innovations in Tour irons; and TaylorMade's groundbreaking Movable Weight Technology, under whose umbrella falls the r7, R9, R11 and R1 series' of metalwoods.