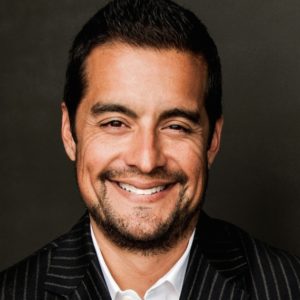 Rich is a 20-year entertainment, consumer products, and sports marketing veteran who has conceptualized and executed award-winning product launch campaigns. He is the winner of the 2018 Major League Soccer Marketing Executive of the Year Award. Prior to LAFC, he co-founded American-made menswear brand Exley, served as the Co-General Manager of the Los Angeles Matadors in the World Series of Boxing, Vice President of Marketing at Warner Bros. Television where he oversaw the marketing launch of “TMZ on TV”, and the Executive Director of Advertising and Promotion at CBS Paramount Television for the #1 Entertainment News Magazine, “Entertainment Tonight”.

Rich is a co-founder of the LAFC Youth Leadership Program which mentors at-risk high school students through sport, serves on the board of the Bresee Foundation Youth Center, and is a guest lecturer at USC’s Annenberg School for Communication and Journalism and Emerson College Los Angeles. He received a BBA degree in Marketing from the University of Texas at Austin.