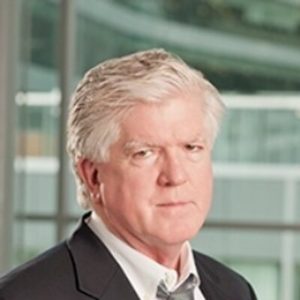 @Burkie2020 Brian Burke brings an impressive resume and reputation to the Flames organization overseeing all hockey operations for the growing sports and entertainment group. His experience is vast ranging from his professional playing career to several executive positions both at the league and team level. His most recent position was as a Pro Scout and Consultant with the Anaheim Ducks. However, he assumed that role after serving as the President and General Manager of the Toronto Maple Leafs from November 29, 2008 through January 9, 2013. Burke's recent time with Anaheim was preceded by two years as the club's General Manager from 2005 through 2007. Under his leadership, the Ducks were crowned the 2007 Stanley Cup Champions. Burke stepped down as GM of the Ducks on November 12, 2008. His career on the executive side of the hockey business began as an NHL player agent but he was hired in 1987, to be the Director of Hockey Operations for the Vancouver Canucks. In the 1992-93 season, he left that job to take his first General Manager position with the Hartford Whalers. Burke stepped down after one year in Hartford, so he could join the NHL front office as Executive Vice President and Director of Hockey Operations, under Commissioner Gary Bettman. In 1998, he returned to Vancouver as General Manager of the Canucks. With the Canucks, he was credited with reviving the franchise with the drafting and signing of several key players as the team won a playoff series and captured a division title. Burke's overall record with the Canucks was 219-181-68-24. Burke has also acted in an executive capacity for USA Hockey including being the General Manager for the United States national team for the 2010 Winter Olympics in Vancouver. Born in Providence, Rhode Island, Burke is a graduate of Providence College. While attending Providence, he played for the Friars Division-I hockey team. As a professional he played in the AHL, capturing the Calder Cup with the Maine Mariners in 1978. After one year in the AHL, Burke attended Harvard Law School, graduating in 1981.