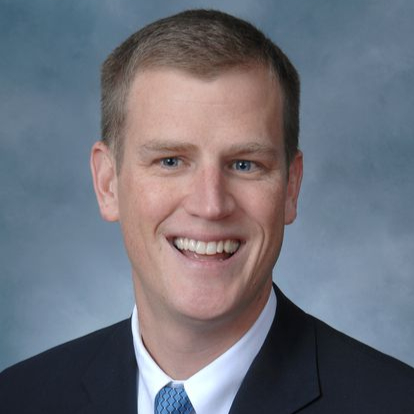 Sam Kennedy, President of the Boston Red Sox, enters his 15th year in the organization. On October 16, 2015, he succeeded his mentor, Larry Lucchino, as club President. A native of Brookline, MA, Kennedy was among the first executives that Lucchino – who currently serves the organization as Red Sox President/CEO Emeritus – brought with him from the San Diego Padres to join his partners John Henry and Tom Werner in Boston shortly after acquiring the club from the Yawkey Trust in 2002. Since joining the club that year, Kennedy has been an instrumental part of the revitalization of the Red Sox brand, the financial stability of the franchise, and the preservation and protection of Fenway Park. Kennedy and his staff have dramatically increased all club revenue streams over the past decade. Under his leadership, the club sold out 794 consecutive games at Fenway Park, dating back to May 2003, establishing a Major League Baseball record. Kennedy and his team have set the industry standard in the area of corporate sponsorship, premium seating, and merchandising, and they have established Fenway Park as one of the premier destinations in New England for non-baseball events such as concerts, outdoor hockey games, soccer matches, and corporate functions.

Kennedy oversees the club’s general business matters including Ticketing (sales, operations and service), Corporate Sponsorship, Broadcasting, Marketing, Social Media, Advertising, Fenway Enterprises (non-baseball activities at Fenway Park), and all Client Service. In 2003, he helped conceive and execute the successful sales and marketing plan for the new “Legends Suite” at Fenway Park, the Dugout Seats innovation, and new tasteful advertising positions above the Green Monster. In 2004, Kennedy secured a long-term partnership with Anheuser-Busch that was instrumental in the creation of the new Right Field Roof Seats at Fenway. In 2005 he was charged with developing the sales and marketing plan for the new club seats at Fenway Park that debuted in 2006. Kennedy also secured long-term naming rights deals for the EMC Club and the State Street Pavilion at Fenway Park. In 2009, he oversaw the successful negotiations with the National Hockey League and Hockey East to stage the 2010 “Bridgestone NHL Winter Classic” and “Sun Life Frozen Fenway” NCAA Division I outdoor ice hockey games at Fenway Park. In addition to ice hockey, 2010 also saw the return of professional soccer to Fenway Park when Kennedy and his team arranged for an international friendly between Celtic FC & Sporting Lisbon. In 2011 Kennedy was a member of the team that developed the business plan for the Red Sox new Spring Training home in Fort Myers, FL, and he led the successful negotiations with JetBlue Airways to name the new facility “JetBlue Park at Fenway South.” Kennedy brought Frozen Fenway back to the ballpark twice more in the winters of 2012 and 2014 as nearly 100,000 people came through the gates to watch ice hockey and skate at Fenway. In 2012 and 2014, Kennedy facilitated two more friendly matchups between the storied Liverpool Football Club and AS Roma in front of sell-out crowds at Fenway Park, a celebrated part of Liverpool’s North American summer tour. Since 2003, Kennedy has been instrumental in facilitating Fenway Park as a premier concert venue for top-tier performers such as Bruce Springsteen, The Rolling Stones, Jason Aldean, Zac Brown Band, Jay Z and Justin Timberlake, Sir Paul McCartney, Billy Joel, Foo Fighters, and more. Kennedy took the lead on the successful negotiations that will bring American football back to Fenway Park for the first time in over 40 years. On November 22 2015, the annual “Shamrock Series” will come to Fenway Park as the Notre Dame Fighting Irish take on the Boston College Eagles. Sam also serves as a member the Red Sox Budget Committee, Major League Baseball’s Ticketing Committee, and as the club’s business liaison to Major League Baseball Properties and Major League Baseball Advanced Media.

Kennedy was a key member of the Fenway Sports Group team that acquired 100% of Liverpool Football Club on October 15th, 2010. Kennedy worked closely with Fenway Sports Group principal owner John W. Henry and Chairman Tom Werner on the acquisition of one of the world’s most important sporting institutions; further positioning Fenway Sports Group as one of the world’s most prestigious sports & entertainment companies around the globe. FSM is now charged with growing LFC’s commercial operations around the globe. In 2011 Kennedy and his team negotiated the largest uniform supplier partnership in the history of the English Premier League with Warrior Sports. In October 2007, Sam was named as one of the Boston Business Journal’s 40 under 40 Award recipients, which recognizes 40 of Boston’s best and brightest young professionals. In January of 2008, 2010, and again in January of 2013, Kennedy was selected as one of Sports Business Journal’s Forty under 40 Award recipients and inducted into the publication’s Hall of Fame. This national honor placed him in the company of the most influential and creative young professionals in the business of sports. Kennedy has been recognized throughout his career for hiring and retaining exceptional talent at the Red Sox and FSM.

Prior to joining the Red Sox, Kennedy was the Padres’ Executive Director/Corporate Partnerships and Broadcasting. Originally hired as an account executive in 1996, he tripled sponsorship revenues from 1996-2001. Kennedy oversaw the sale of signage at Qualcomm Stadium (home of the Padres, Chargers, Super Bowl XXXII and other events), virtual advertising, promotional programs, broadcast media, and print advertising. He also played an integral role in securing financing and developing the sales and marketing strategy for the Padres’ new downtown ballpark, Petco Park. Before joining the Padres, he sold radio advertising for WFAN 660AM and WABC 770AM in New York.

Sam attended Trinity College in Hartford, CT, where he played baseball and earned a degree in American Studies in 1995. At Brookline High School, he played ice hockey and was the captain of the baseball team. In 2004, Kennedy was sworn in as a board member on the Massachusetts Governor’s Committee for Physical Fitness and Sports. Sam serves on the board of the Wellesley Youth Hockey Association (he also serves a coach) and The Greater Boston Chamber of Commerce. Sam and his wife of fifteen years, Amanda, reside in Wellesley, MA with their 12-year old son, Jimmy, and 11-year-old daughter, Ally.